A History of Opioid Addiction

A History of Opioid Addiction

Opium to Oxycontin: A History of Opioid Addiction

For at least the last 7,000 years of human history, opioids have been used as a treatment for pain and other ailments. And for equally as long, they have been misused and abused. Highly addictive and relatively easily attainable, opioids and their abuse continue to be an ever present danger to society.

In this article we’ll discuss the history of opioids, how they’ve changed throughout time, and what can be done for those who personally struggle with opioid addiction.

An early history of opioids

Historical data states that opioids are one of the first drugs used by humans, dating back to 5,500 BC. Poppy seeds have been found at archaeological sites on the Iberian and Italian Peninsulas from this time.

Tablets attributed to the Sumerian culture from the 4th century BC mention the use of opium poppies as a plant of joy. It is believed that opium was used in ceremony, as medication, and also for recreational purposes. The ancient Egyptians were also familiar with opium. Their texts speak of its use as a method to soothe children, as well as for treating injury and sickness.

The ancient Greeks were well-aware of opium, which was seen as a gift from the divine. Hippocrates and his students greatly valued the drug for its ability to induce sleep and alleviate pain. The Latin phrase, “Sedare dolorem opus divinum est”, meaning “Alleviating pain is the work of the divine”, has been attributed to both Hippocrates and Galen of Pergamum. Pedanius Dioscorides, a Greek physician in the Roman army, further discussed the medical use of opium in his work, De Materia Medica.

In the Islamic Golden Age, Avicenna provided a comprehensive overview of opium in The Canon of Medicine. The work delves into the drug’s preparation, range of physical effects, medicinal use, contraindications, its potential danger as a poison, and its risk for addiction. While acknowledging opium’s effectiveness, Avicenna cautioned against its use, favoring treatments that attack the source of pain rather than just masking it. Many of his observations have since been confirmed by modern medical research.

It is believed that Arab traders brought opium to China and India as early as the 5th century AD. The first known mention of opium in a Chinese medical work dates to the late 10th century. By the late 16th century BC, opium poppies had become a common crop in what is today India.

Opium and its derivatives were introduced, or perhaps more accurately reintroduced to modern medicine during the German Renaissance. They were seen as being superior to all other medications, and as a way to “cheat death”. Starting with laudanum, opioids quickly gained a place in the medicine of the day.

Laudanum was initially a generic term for a helpful medicine, until Thomas Sydenham introduced a liquid tincture in the 17th century. His 1669 recipe blended opium, wine, saffron, clove and cinnamon.

Quickly gaining popularity in Europe and the Americas, laudanum remained in high use until the 20th century. By this time for its use in modern medicine, it was a formulation of 10% opium, and 90% alcohol.

Today, Laudanum is still prescribed, though to a far lesser extent. In the US, it is only approved for use as an anti-diarrheal. Though laudanum is still considered a proper name for the drug, it is most commonly referred to as tincture of opium.

In 1804, German pharmacist Friedrich Sertürner isolated morphine from opium and published a paper on its crystallization, structure, and pharmacological properties in 1817. This marked the beginning of modern scientific drug discovery, as morphine was the first alkaloid to be isolated from any medicinal plant.

Once discovered, morphine was praised for its ability to relieve pain, induce sleep, control coughing, and stop diarrhea. Doctors prescribed it liberally and pharmacists dispensed it without restriction. During the American Civil War, opium and laudanum were also widely used to treat soldiers. Women were also prescribed morphine for menstrual pain and for “nervousness”, which is more commonly diagnosed today as anxiety.

Currently, morphine is only prescribed to relieve severe pain. Surgery and major trauma, childbirth, and to help reduce the pain caused by certain cancers are the most common uses. Due to its potency and addictive properties, morphine should only be administered once other methods of pain management have failed.

Codeine was isolated while French chemist Pierre Robiquet was attempting to refine the extraction process of morphine in 1832. It shares much of its history and uses from the initial extraction through the early 20th century with morphine.

Beginning in the 1880s and as recently as the 1950s, codeine was thought to be beneficial in the treatment of diabetes. In the 1910s, codeine began to be used as a starting material for the semisynthetic opioids that are produced today.

Still prescribed as a cough suppressant and pain reliever, codeine is the most widely used opioid in the world. While still available over the counter in some countries, many governments have limited its access in recent years. In the United States, codeine is regulated by the Controlled Substances Act.

Heroin was first synthesized in 1874 by English chemist C.R. Wright. The drug was intended to be a substitute for morphine. By 1898, the Bayer pharmaceutical company had begun marketing heroin as a cough suppressant and pain reliever.

In the early 1900s, heroin’s addictive potential became more widely known and its use began to decline. The Anti-Heroin Act of 1924 made it illegal to produce, possess, or use the drug.

In the 1960s, heroin use experienced a resurgence as a recreational drug. This trend continued through the 1970s and 1980s, leading to a dramatic increase in heroin-related deaths and overdoses.

Heroin remains illegal and is classified as a Schedule I drug by the US Drug Enforcement Administration. It is one of the most dangerous drugs available, with potentially deadly consequences for those who use it. 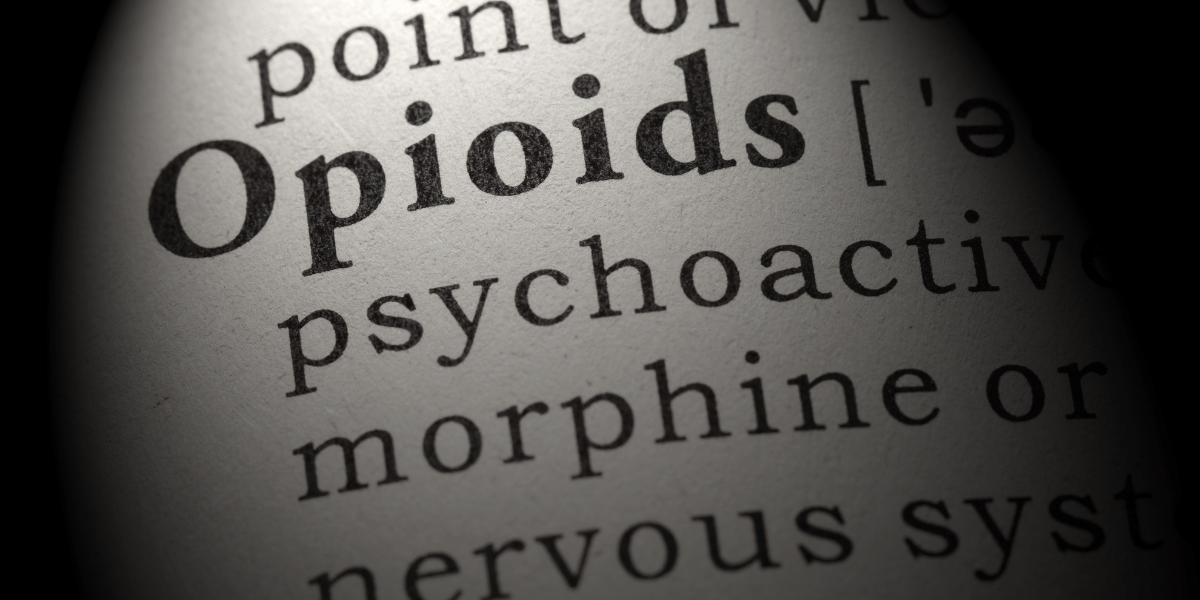 The rise of synthetic and semisynthetic opioids

By the turn of the 20th century, the world became aware of the risks associated with opioids such as morphine and heroin. Scientists began to search for alternative compounds that could provide the same pain relief as these opioids, but without the same damaging side effects.

Their research eventually led to the development of synthetic opioids. Unlike the naturally occurring opioids, at the time called opiates, these drugs were produced in labs.

What was discovered is that these synthetic and semisynthetic opioids could be just as effective as their natural counterparts. However, it was quickly realized that they also carried all of the same risks.

The development and use of oxycodone and hydrocodone date back to 1916 and 1920, respectively. German scientists used codeine to create these new semisynthetic opioids. The new drugs were initially used to treat pain and cough and both drugs have been used in the medical field ever since.

The widespread availability of hydrocodone and oxycodone on the street has led to an increased rate of recreational abuse. As with any opioid, both drugs carry a high risk of addiction, abuse, and overdose.

The United States has implemented various initiatives to combat opioid abuse and addiction. Despite these efforts, hydrocodone and oxycodone remain two of the most commonly abused drugs in the United States.

The history of OxyContin began in the 1990s when Purdue Pharma developed the drug as a way to treat moderate to severe pain. The drug was approved by the FDA in 1995 and quickly became a popular choice for doctors to prescribe to their patients.

At first, OxyContin was seen as a miracle drug. It was a powerful painkiller that could provide relief to those suffering from chronic pain. It was also seen as a safer alternative to other opioids, which were thought to have a higher risk of addiction and overdose.

However, as time went on, it became clear that OxyContin was not as safe as initially thought. Highly addictive and easily abused, people began to misuse the drug by crushing it and snorting it, or by injecting it. This led to a rise in OxyContin abuse and addiction, as well as an increase in overdose deaths.

Developed in 1959 by Belgian company Jannsen Pharmaceutica, fentanyl is a fully synthetic opioid. Due to its high potency, it is only used in cases of chronic pain or as an anesthetic. It is administered by injection, a nasal spray solution, transdermally through the use of a skin patch, or through the cheek by pill or lozenge.

While fentanyl can be extremely addictive when prescribed, the biggest dangers are presented when it is abused recreationally. In addition, it is often mixed into illicit substances as a cost cutting measure and to give the impression of higher potency in the other drug. This is particularly true with other opioids, such as heroin. It will sometimes be pressed into pills that mimic the look of other pharmaceutical opioids such as Vicodin, Percocet, or OxyContin.

Due to the US government’s strict regulations regarding prescribing the drug, the vast majority of recreationally used fentanyl is smuggled in from other countries. In 2022 alone, the Drug Enforcement Administration seized enough fentanyl to kill every person in the United States.

Fentanyl is roughly 50 times stronger than heroin, and 100 times stronger than morphine, per milligram. This, coupled with varying degrees of tolerance depending on the individual make fentanyl highly deadly. In 2021, fentanyl accounted for over 71,000 overdose deaths in the United States. 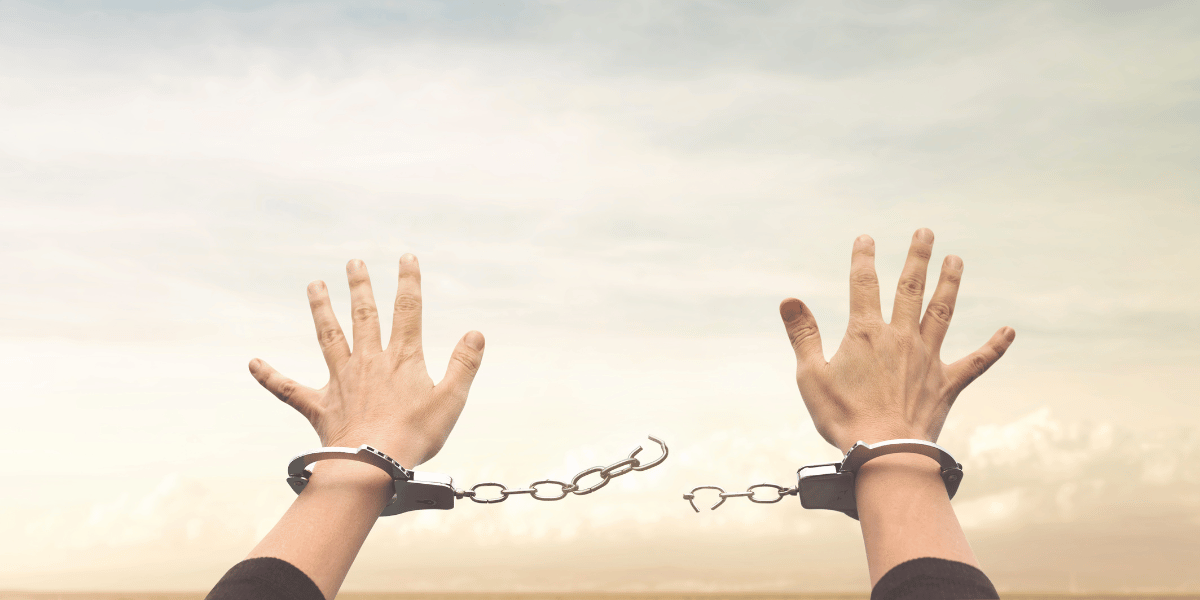 The opioid crisis is one of the most pressing issues our nation is currently facing. It’s important to know that there are resources available to help those struggling with addiction and that recovery is possible.

Treatment options, such as SMART Recovery, can provide individuals with the support they need. If you or someone you know is struggling with opioid abuse, contact a rehabilitation center.